* In case of any delay in receiving the OTP, you may verify it later. Please proceed without verification.

Enter your City name or Pincode

Miryalaguda is a city developed under the Atal Mission for Rejuvenation and Urban Transformation (AMRUT) scheme. The city is part of Nalgonda district of the Indian state of Telangana. It is 140KM from Hyderabad, 160 Km from Vijayawada and 180 KM from Warangal. 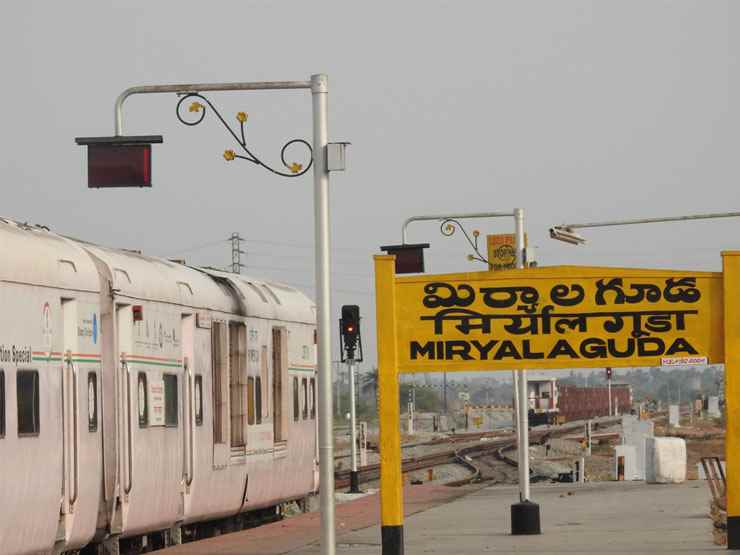 The railway station is situated on the Nadikudi section. The nearest railway station to Miryalaguda is Vidyavihar which is located in and around 1.9-kilometer distance.  The rail is an unelectrified, single line. State highway 2 passes through Miryalaguda. It is connected the state capital Hyderabad by various ways. It has good bus facility for Hyderabad, Suryapet, Nalgonda, and Warangal.

The native language of Miryalaguda is Telugu. Most of the village people speak Telugu, Urdu, and English. The city is populated by mainly Hindus. Major Hindu festivals celebrated in the region are Sankranti, Ugadi, Vinayaka Chaturthi, Holi, Janmashtami, Daehsrara, Deepavali and Maha Sivaratri.

It is famous for paddy fields and is among the best five paddy markets of Telangana. A new agriculture market is constructed here which is the largest, spread to 45 acres. The water of canal of Nagarjuna Sagar provides water for irrigation purpose. The ample water supply has made Miryalaguda and adjoining areas green and rich. Cotton, Maize, Chilli, Ground Nut, Wheat, Sugarcane, Turmeric, Pulses are other crops that are cultivated in the area.

Due to the paddy crops are grown substantially, a large number of rice mills are established here. It generates employment and makes the city one of the busiest cities in Telangana. Wadapally near Miryalaguda is the major producer of Cement in Nalgonda district due to the availability of lime stone across the borders of Nalgonda district and neighbouring Guntur district of Andhra Pradesh. As the business grows in the district banks that have opened their branches. Here you can find branches of HDFC Bank, State Bank of India ATMs, State Bank of Hyderabad ATMs, Axis Bank Limited and so on.

Places to Visit In and Around Mriyalaguda

Wadapally near Mriyalaguda is famous for Lord Shiva and is situated on the meeting point of River Krishna and river Musi. It is accessible through bus and train from places such as Nalgonda, Suryapet, Hyderabad and places from Andhra Pradesh such as Guntur, Nellore, Secunderabad, Tirupathi, and Dachepalle. The two temples located in Wadapally are the Sri Meenakshi Agasteswara swami temple and Sri Lakshmi Narasimha Swami temple, constructed by Kakatiya kings in 12th century. The significance of the temple is that there is a crevice on top of the Shivalinga which is always full of water. Even if some water is removed the original level of the water is maintained. There is no logical reason that can explain this phenomenon especially since the Shivalinga is situated about 120 metres above the water level in the river.

The places of entertainment  and eatery include Raghava Theatre,Venketeshwara Theatre, Safari Bar and Restaurant, Picnic Biryani Centre and, Dolphin Bakery. You can opt to stay in Hotel Vaishnavi
Amurtha Residency, Rangamma Hotel, Arunavilas Hotel located near the city.

Comments / Discussion Board - About Miryalaguda